The Third Draft Programme for the reforged Communist Party of Great Britain. Written in the classic Marxian Minimum-Maximum style, the Draft Programme aims to outline our conception of communism (the maximum programme) as well as a set of immediate demands that while technically feasible under capitalism, can only be fully realised through the working class taking power, not only in Britain, but on a continental European scale (the minimum programme).

These two sections are linked by our vision of the future socialist revolution. The Draft programme also begins with an outline of the epoch of the transition from capitalism to communism as well as the specific nature of capitalism in Britain. The penultimate section deals with the question of the communist party itself, its organisation and structure. The Draft Programme ends with a set of proposed rules aimed at outlining the discipline and requirements necessary for a fighting party.

No group worthy of the name of ‘Communist Party’ currently exists, we call on all comrades who accept the Draft Programme to join the fight for a truly mass communist party!

In this pamphlet, Jack Conrad offers a serious critique of the Scottish Socialist Alliance’s decision to support a double ‘yes’ vote in the September 11 1997 referendum.

He makes it clear why the Alliance’s leadership, in the form of Scottish Militant Labour, is unable to take up the challenge of leading the working class away from national reformism towards revolutionary politics around the national question in Scotland. 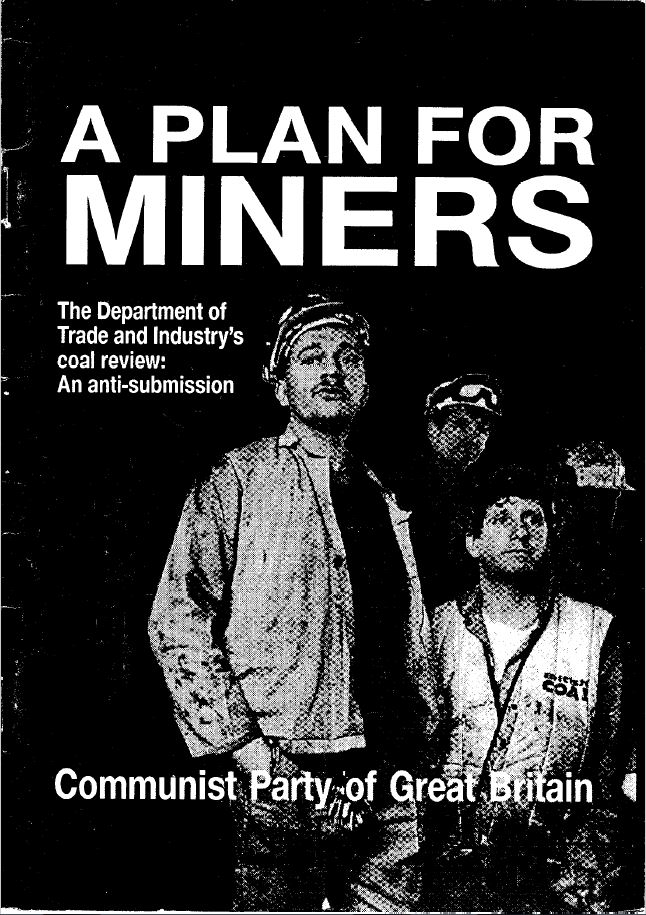 “The Communist Party submits this ‘evidence’ to the Department of Trade and Industry’s coal review without any illusions whatsoever in its composition, terms of reference, objectivity, recommendations or outcome. Our purpose is to use the review as a platform from which to make the case for socialism and call for working class action against the government and the rotten system it serves…

Obviously then, we will not be bandying about statistics in an attempt to prove that the government’s figures are wrong, that Britain would be more competitive using deep mined coal instead of gas, or that coal imports are economically irrational. We communists serve neither the market nor the bosses’ profits, but the working class. Our concern is for the 30,000 miners threatened with a life on the dole and, above all, the long term interests of the working class as a whole.”

In light of the existential threat posed to the whole of humanity by runaway global warming, this pamphlet is grossly outdated as far as the environment is concerned. However we re-publish it here – warts and all – because of its historical importance regarding the miners, that communists stand with the working class, that communists fight for what workers need and not what capitalism can afford.